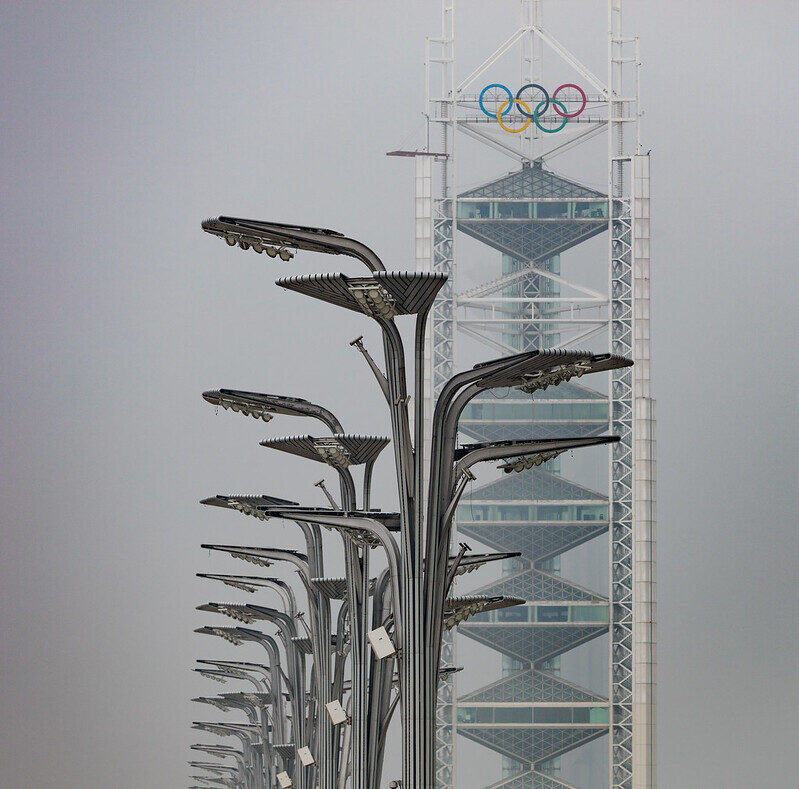 The Ling Long Pagoda or Linglong Tower (Multifunctional Studio Tower[5]) (玲珑塔[6]) houses a part of the International Broadcast Center (IBC). It is located near the Olympic Cauldron, on the northwest side of the Bird’s Nest Stadium.[7] “Ling Long” (玲珑) means delicate, and is referred to as the Delicate Tower in Chinese. The permanent structure is a three-sided tower. The tower contains 6 occupiable pods with open space in between. One of the pods displays the Olympic rings. It is 128m tall, with 7 occupiable floors, each an equilateral triangle.[8] The floors are subdivided into two levels. The glass-walled pods are held up by three supporting ribs at the three corners. The tower is operated by Beijing Olympic Broadcasting

Some local news is curated – Original might have been posted at a different date/ time! Click the source link for details.

Tufts in China to become Tufts in Beijing – Tufts Daily